The children enjoyed bringing gummy worms to “life” when they explored this simple chemical reaction. Using baking soda and vinegar, it’s simple to create carbon dioxide bubbles on candy worms. The bubbles make the yummy gummy creatures squirm, as though they are alive. 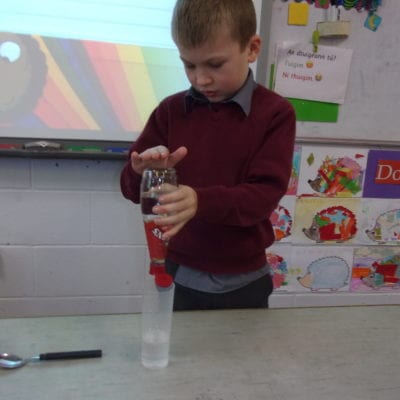 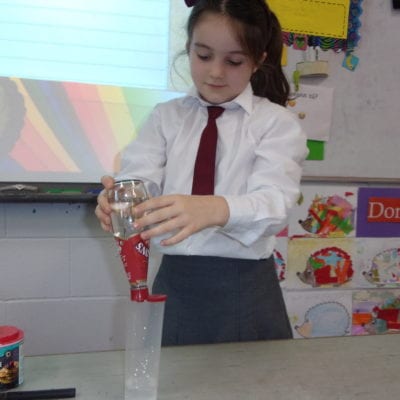 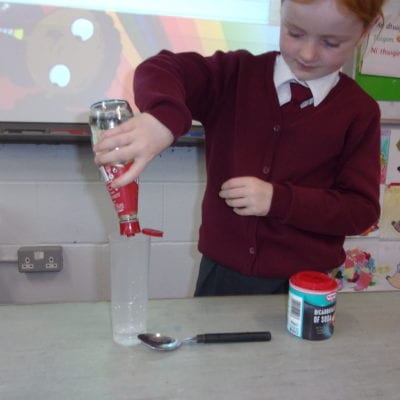 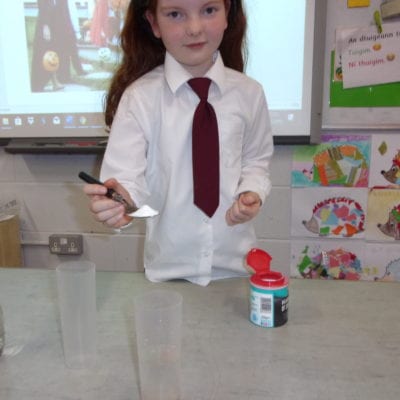 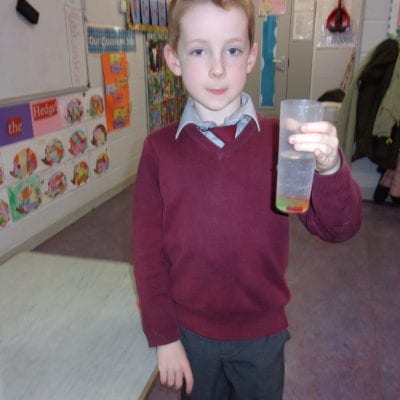 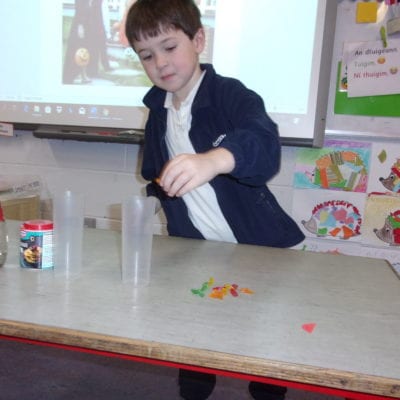 In pairs the children completed a Maths and SESE trail around our school. They had to find particular information in order to complete their trail booklet. They had to count how many evergreen trees they could see and estimate and measure the width of the basketball court in giant steps. They also had to investigate old photos and plaques on the school walls as well as identify certain locations around the school grounds from an aerial phtograph. 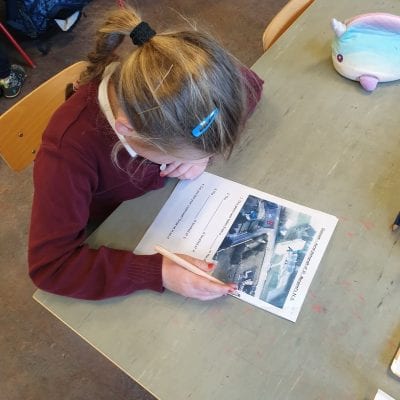 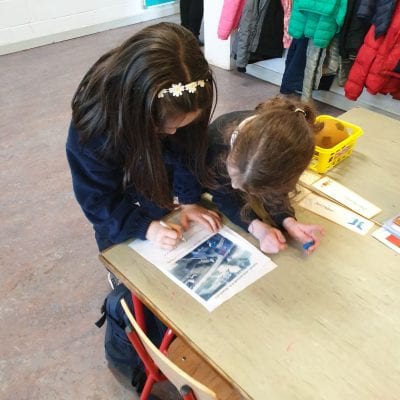 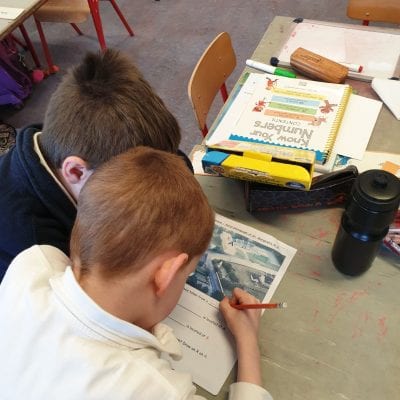 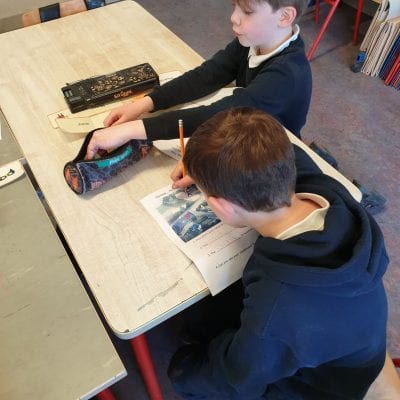 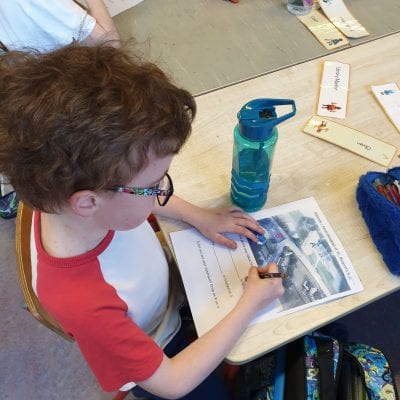 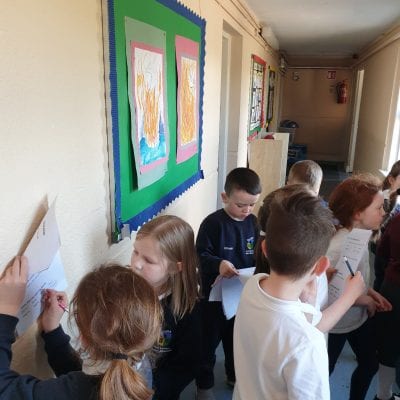 The children predicted what would happen to an egg if it was left in water or vinegar. They then carried out an experiment to find out the results. They used two eggs, one glass of water and one glass of vinegar. They placed one egg in water and the other egg in vinegar and left the eggs like that for one full day. The next day they discovered that the egg left in water had stayed the same. However, the shell of the other egg had started to dissolve from the vinegar and the egg itself was slippy and bouncy. 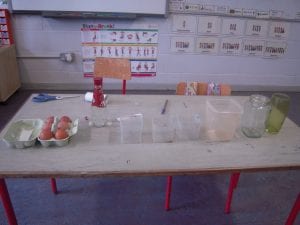 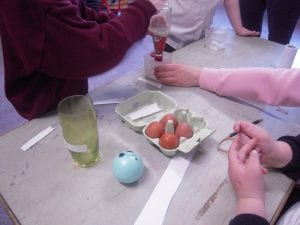 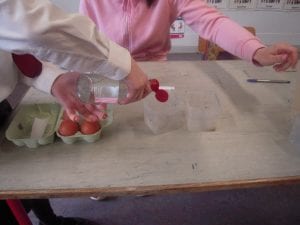 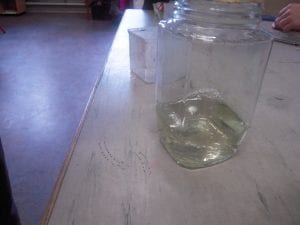 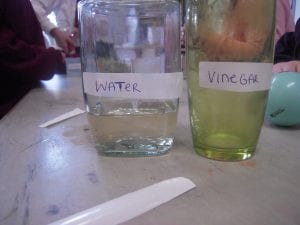 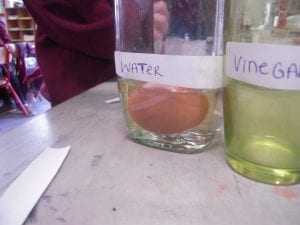 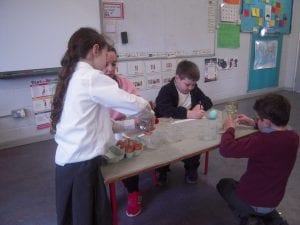 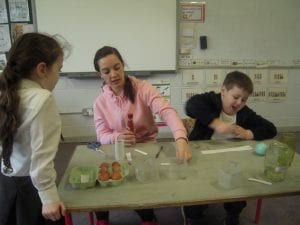 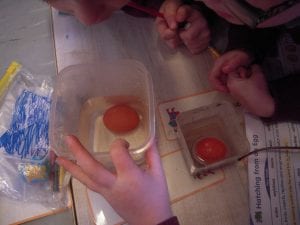 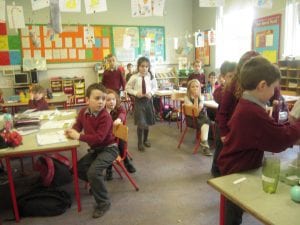 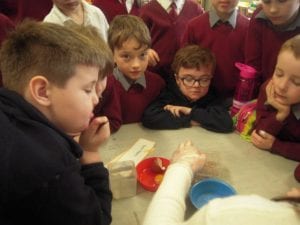 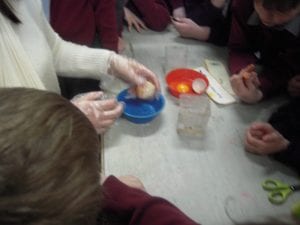 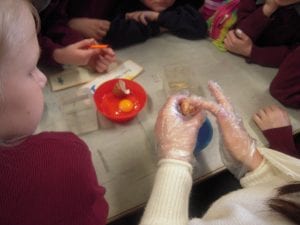 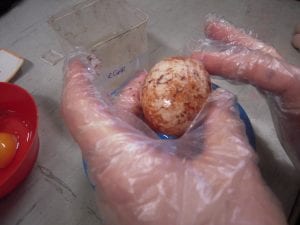 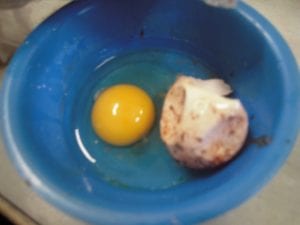