In March we commenced a non-competitive running initiative called ‘Run Around Ireland’. We mapped out a 350 metre track around the school and we decided that each lap would be equal to a kilometre (Younger classes ran laps of the Astro pitch). Every class in the school has been participating in the initiative and some of the landmarks reached so far are listed below. As the pupils and teachers are enjoying the challenge, we are continuing the initiative until we have reached all the landmarks listed on the map of Ireland. 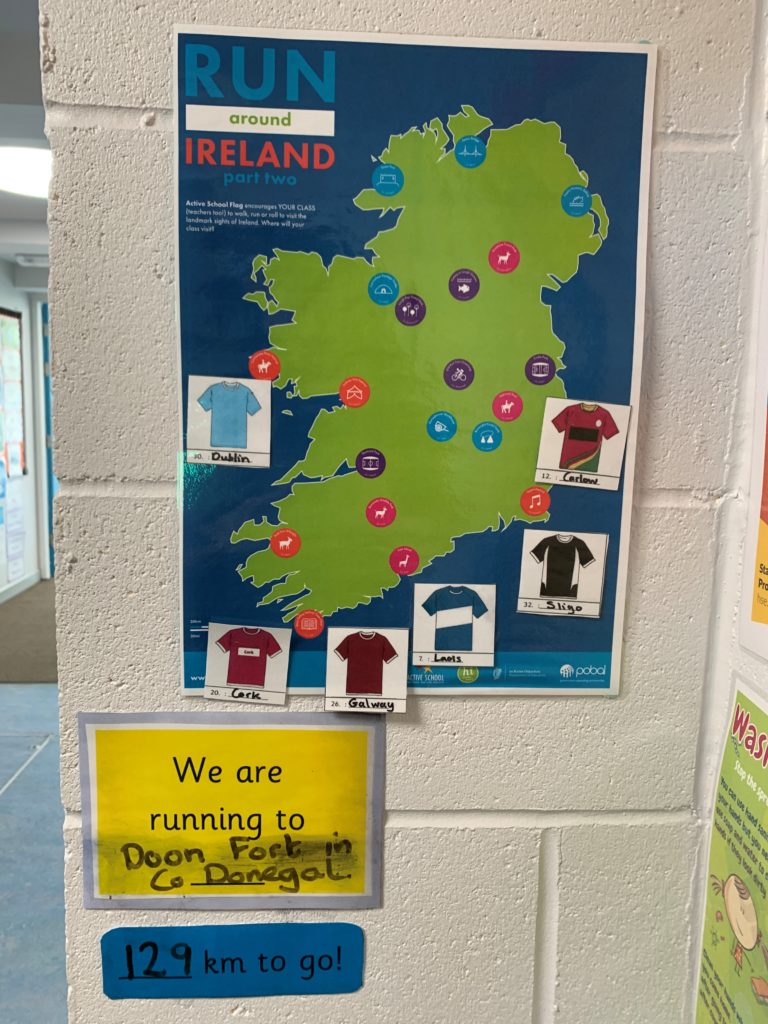 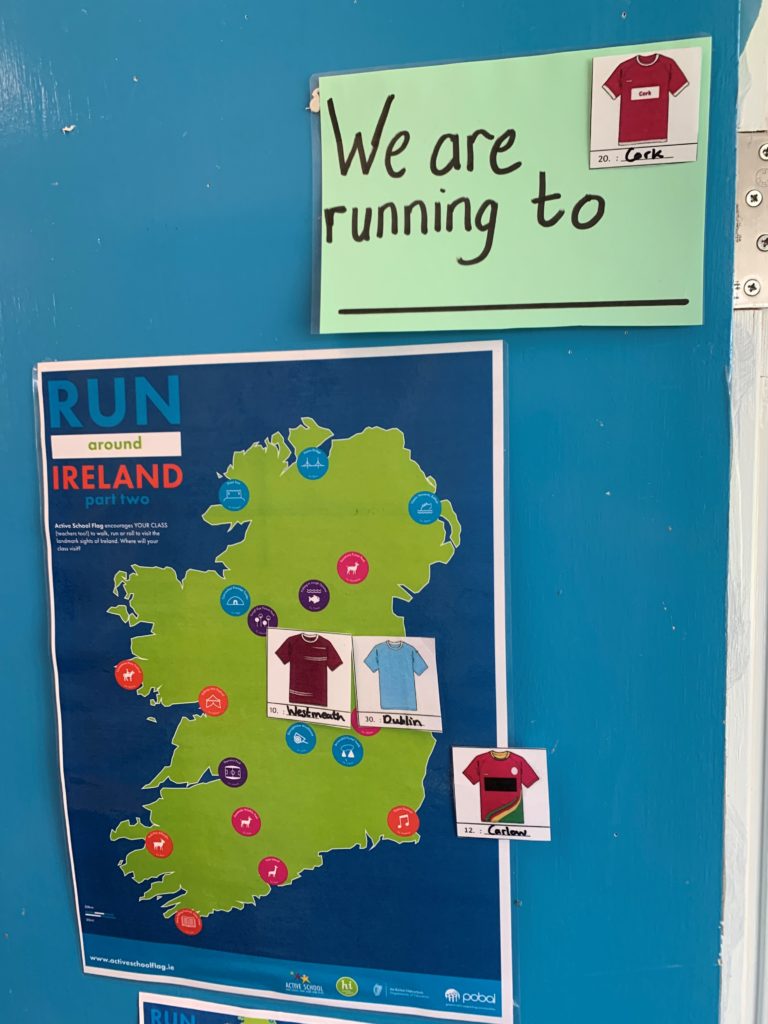 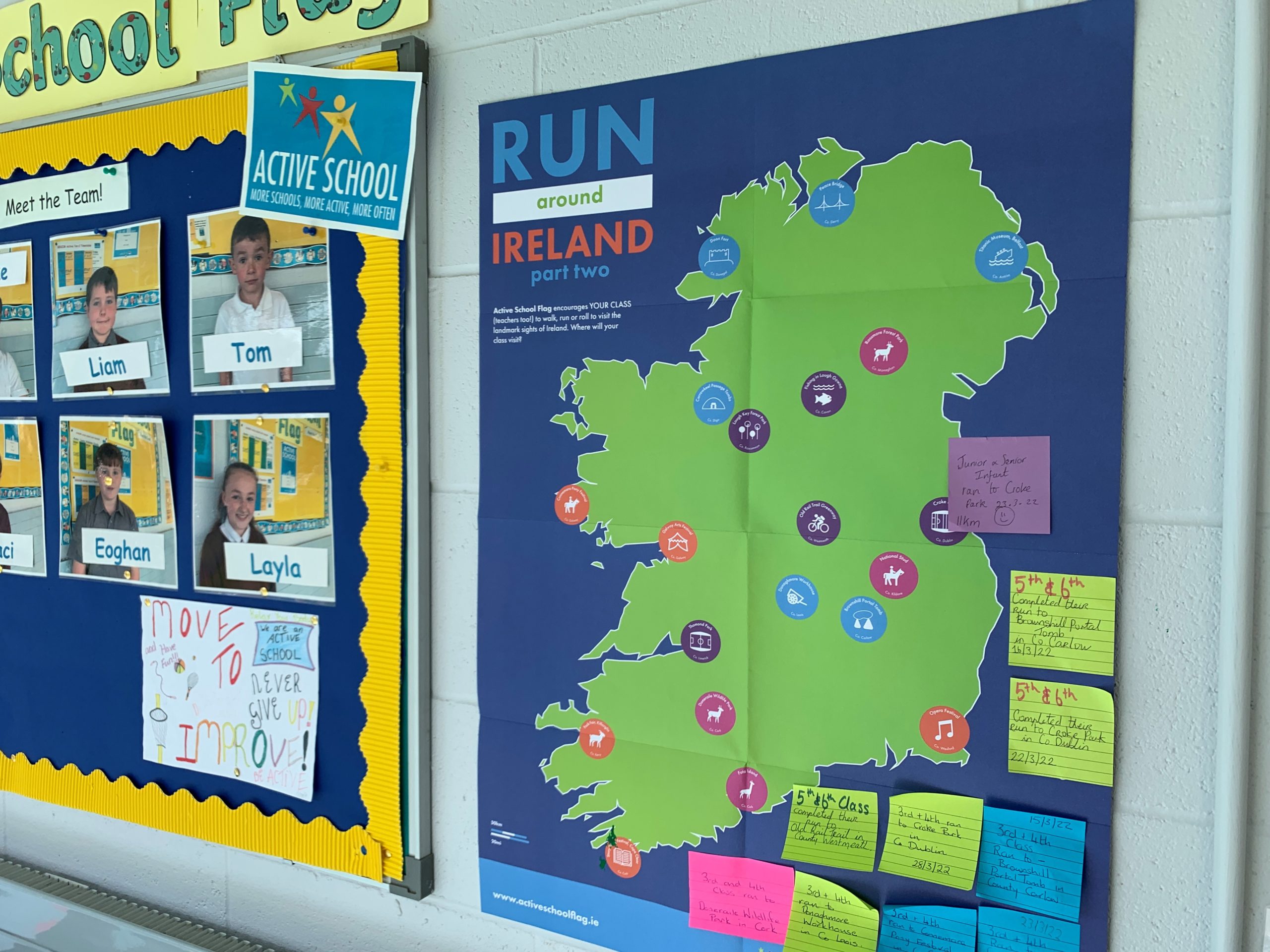